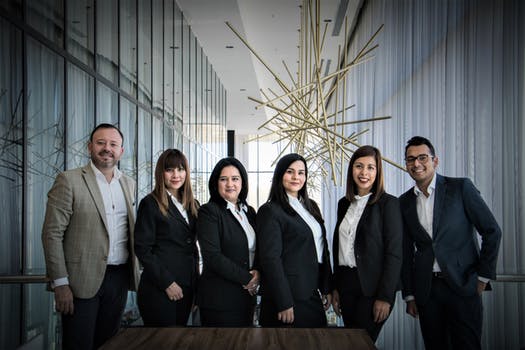 Most organizations think that it’s important, even for entry-level jobs. Unfortunately, the evidence doesn’t support the idea that applicants with more experience will be better or longer-tenured employees than those with less.

How did the studies measure performance?

It varied, but typically in two ways: either supervisor evaluations—such as annual reviews—or more-objective, quantifiable metrics, such as sales or, in one paper on sewing-machine operators, parts produced.

What types of jobs and industries are we talking about here?

The ones most represented were protective services (police, firefighters) and then sales and customer service jobs. Study participants mainly worked in frontline positions, though some were managers. None were at the senior executive level. But we captured 15 of the 23 job families listed by the U.S. Labor Department’s Occupational Information Network, so we felt it was a pretty good representation of the U.S. economy.

Why on earth wouldn’t people with experience—especially directly relevant experience—outperform those without it?

My coauthors—John Arnold of Florida State University, Rachel Frieder of the University of North Florida, and Philip Roth of Clemson University—and I have speculated about that. One possibility is that many measures of experience are pretty basic: the number of jobs you’ve held, tenure at your previous employers, years of total work, whether or not you’ve previously worked in a similar role. Those metrics tell us whether a candidate possesses experience but not about the quality or significance of that experience, which would probably have more bearing on performance. One of the basic premises in our area of research is that past behavior predicts future behavior. But prehire experience isn’t a measure of behavior. The person might have failed or stagnated in previous jobs. So we should take experience into account but maybe do a better job of delving into prehire performance. We also want to know whether candidates have learned from their prior experiences. People aren’t always good at that; they might forget things that have gone wrong or explain them away. And, last, we need to consider that experience in one organization might not help—and might even hurt—performance in another if they don’t operate the same way or have similar cultures.

Don’t interviews and reference checks help employers figure all that out?

Yes, especially when you ask behavioral questions like “How have you previously handled difficult clients? Tell me about a specific situation, what you did, and what the outcome was.” But not all employers evaluate candidates that way. And it’s possible that applicants who could answer well have already been screened out due to their lack of traditional work experience.

What factors beyond experience should we consider?

Well, another reason employers look for hires with experience is that they think previous jobs have helped those people build up knowledge and skills. They might even think that candidates who have done certain types of work have particularly desirable personality traits. But we’d recommend focusing on the knowledge, skills, and traits directly rather than using experience or even education as a proxy.

Are there any scenarios in which experience matters?

We did identify a couple of situations in which it does seem to have more of a benefit. First, we found a smaller set of studies within our data set that looked at prehire experience and performance on the job after three months, two years, and five years. Although the relationship was weak at the two- and five-year marks, it was stronger at three months, so experience appears to have helped some people as they were getting started. Maybe it’s because they were accustomed to employment and organizational life and could hit the ground running. Or perhaps managers gave the employees who came in with experience better ratings at first. But over time employees’ prehire experience became less and less important to performing their current job.

Second, again in a smaller number of studies, we saw measures of experience more at the task level. So, for example, instead of asking pilots or truck drivers how many years they’d worked in those jobs, employers would ask how many hours they’d logged flying or driving. Those metrics were better predictors of future performance.

Is it realistic to think that HR departments and hiring managers will stop screening for experience?

You can understand why so many organizations do it: Experience is easy to assess. Have you worked in sales for three years? Have you managed people before? It’s either a yes or a no. Past performance and existing knowledge and skills are more difficult to figure out, especially if all you have is an application or a résumé. But today, when everyone is complaining about the skills shortage and the war for talent, companies can’t afford to knock out candidates who would do really well but don’t have the experience that someone has chosen to put in the job description. You want to expand the pool of people you’re considering.

Are there any other simple screens we could use instead?

Probably, but they would vary by organization and job. The key thing is evidence of correlation with job performance. Let’s say there’s a role you need to fill in the sales department and you see over time that people who majored in marketing tend to stay longer and get better customer reviews than those who studied other subjects. That could be a viable screen. For another job it could be having some certification; the data might show that employees who have it outperform their peers, so you look for it when hiring. Companies could consider using other screening tools, too, like job-relevant tests. The problem is that most organizations don’t take those steps. They use data to make decisions about products, marketing, and finance, but they don’t use it to make decisions about people—at least not effectively.

Does experience within an organization matter?

We didn’t look at posthire experience, but other research suggests that there is a link between how long someone has been in the job or working at a company and how well they perform. It’s not a superstrong relationship, but it’s something companies might consider when deciding on promotions and transfers. Is experience more important for managers? That’s something we’re looking at now. If, say, a sales rep wants to be a sales manager, how much does his or her experience in that lower-level job predict success in the more senior one?