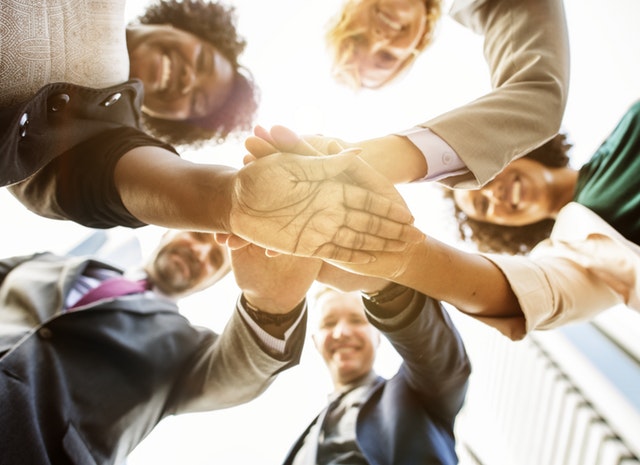 Last August, the Gallup organization announced that employee engagement levels in the US had ticked up to their highest point since 2000, the year the firm began tracking those levels. That was the good news. It was a result, Gallup surmised, of the booming, low-unemployment economy—more opportunity, more job changers, and so on.

The bad news? This highest-ever rate was just 34%. In nearly two decades, the rate has never varied more than a few percentage points.

This year, in other words, about two-thirds of American employees reported themselves not engaged in their work. About one-sixth said they were “actively disengaged,” a pretty good sign that they detested their jobs, their bosses, or both. And all this in a hot economy, where plenty of employers were (and are) desperate to find enough people to staff their operations.

We’ll have more to say on engagement in the coming weeks and months. We will describe an approach to engagement that is (a) radically different from anything else you’ll come across; (b) costs no money, and indeed will almost certainly boost a company’s profits; and (c) helps create a company where people love coming to work. We’ll show how it works in a variety of different companies.

But first, let’s look at the root of the problem.

Early in our nation’s history—before industrialization, before large-scale capitalism—no one was tracking engagement levels. But we bet that engagement wasn’t a problem. Most citizens worked in small family businesses: farms, stores, tradesmen’s shops, and so on. Everyone knew how the business was doing. Everyone understood the challenges and the opportunities. When the business did well, everyone benefited.

But then came the industrial revolution: New England’s famous textile mills, the big Singer Sewing Machine plant in New Jersey, the McCormick reaper factory in Chicago, eventually the auto plants of Detroit. Mass production spread throughout the land and made possible a dramatic rise in the American standard of living. But the jobs! The factories of the time were noisy, dirty, dangerous places. The work was mind-numbingly dull. Most important from the engagement point of view, the link between doing your job and understanding the business was broken. Your task was to tighten six bolts as the product moved down the assembly line, period. How could anybody be engaged in that?

Frederick W. Taylor and his disciples—practitioners of so-called scientific management—reinforced and codified the division between brainwork and physical work. Managers would run the business. Engineers, working with management, would design the work processes. Labor’s job was to do as it was told. By the late 1930s, unions had begun to challenge these managerial prerogatives; they were often able to bargain for better working conditions as well as for higher wages. But they never challenged the fundamental organization of the work itself. The separation between company and employees continued to grow. Indeed, both unions (on the one hand) and owners and managers (on the other) perceived themselves as adversaries rather than as partners.

Today, we have left that factory-based, highly unionized world behind. What we have now is variously described as a “knowledge economy” and a “service economy.”

The knowledge economy moniker reflects the fact that companies no longer get a competitive edge from physical capital—from having the biggest factories or the most stores. Rather, they get an edge from intellectual capital: skill at innovation, at product and service development, at marketing. They depend on knowledge workers, meaning people who possess those skills. Even in manufacturing, the jobs that remain are considerably more complex than they used to be, requiring higher skill levels and decision making.

The service economy part reflects the fact that service work now accounts for more than four-fifths of US jobs. Companies in this sector not only need knowledge workers; they also need skilled front-line service providers, the store clerks and call-center reps and hospitality employees who interact with customers every day.

Maybe employee engagement was irrelevant back in the days of Taylorism. (We’re not totally convinced of that, but it’s arguable.) Today, nobody argues that engagement is irrelevant. Companies need the support of their knowledge workers, their service providers, and everybody else on the payroll. They need to engage hearts and minds as well as hands.

How to do it? The underlying principle is the same as it was in the past. Just as in the early farms and shops, a company needs employees who understand the business, and who care about its success. We call this economic engagement, and in our view it trumps all the sales awards, pet insurance, ergonomic furniture, company bowling parties, and everything else that companies have traditionally relied on to build engagement.

We’ll get to the specifics—and to specific examples—in future columns. In the meantime, here’s the back-to-the-future lesson. If you want to build engagement, you need to create an environment that is in some ways is just like those early enterprises. Everyone in it together. Everyone understanding and working for success. No adversaries, no disengagement, just partners who care about the company and about each other. And we will demonstrate, in company after company, that doing so drives not just engagement but profitable growth and a lasting competitive advantage.