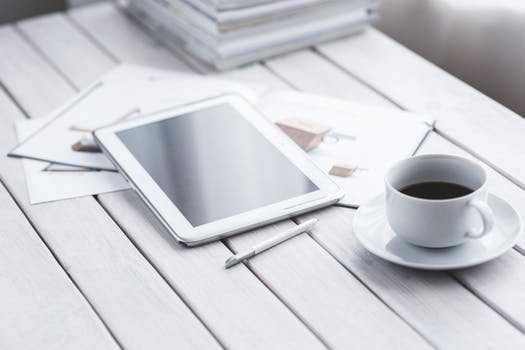 The safety net is full of holes.

The sexual harassment revelations of the past two months have made it clear that procedures for policing misconduct in the workplace are largely ineffective. The more power wielded by the perpetrator, the harder it is for victims to stand up for their rights.

The wave of firings and swift falls from grace by prominent men — from Harvey Weinstein to Charlie Rose, Kevin Spacey to Matt Lauer, Roger Ailes to Brett Ratner — have created a climate of outrage, turmoil and fear. This moment of national reckoning has proven that public shaming is the only way to combat the scourge of workplace harassment.

Employers and major corporations have in many instances been willing to absorb the costs of settlements and blows to morale to protect abusers with clout. The sea change of recent weeks has been the willingness of victims to air sordid details of conduct ranging from sophomoric to criminal. Under the hot light of media coverage, corporate giants and blue-chip brands can’t distance themselves fast enough, even from those once seen as invincible.

But this is not a solution for the millions of women and men in every business sector who face unwanted sexual attention on the job. Legal experts say the outpouring of testimonials about traumatic experiences with misconduct demonstrates the desperate need for tougher laws against perpetrators and penalties for corporate leaders who ignore warnings. The current system that relies heavily on companies to enforce their own policies on harassment and discrimination in the workplace simply isn’t sufficient.

“Civil rights laws do a poor job of clearly defining what constitutes harassing or discriminatory behavior. This allows employers an opportunity to construct what compliance means and argue that they have complied with the law,” says Shauhin Talesh, a professor at UC Irvine School of Law. “Courts often dismiss lawsuits against employers who are able to demonstrate that they have a policy against harassment and a complaint procedure in place.”

So what will it take to drive substantive change? It’s been more than 25 years since Anita Hill bravely forced the nation to confront sexual harassment through her testimony during the Supreme Court confirmation hearings for Clarence Thomas. Activists and experts see this extraordinary moment as an opening to implement systemic change that could make a difference for the next generation of workers.

Among the areas of focus for publicly held companies:

» Making corporate leaders and boards of directors personally liable if sexual harassment complaints are received and behavior violations continue.
» Mandating that human resources departments have a direct reporting structure to the board or a board committee.
» Mandating regular and detailed reporting to the board from human resources on employee complaints and working conditions at all levels.
» Mandating greater disclosure to the board and to the public on the gender, racial and ethnic breakdown of a company’s workforce as well as the number of full-time, part-time and contract employees.
» Mandating diversity goals for the composition of boards of directors.
» Tying CEO compensation packages to the achievement of diversity goals at the board and senior management levels.

Increasing the level of diversity in company management is seen as a fundamental step to bring business priorities in line with the multicultural reality of the consumers they serve, in America and beyond. The presence of women in high positions and greater diversity throughout management is seen as the single biggest way to clear the climate of fear and intimidation that so often prevents victims from coming forward with harassment claims.

The deluge of sexual harassment stories comes at a time when many institutional investors already have been stepping up the pressure on companies to be more proactive on diversity goals. That means the infrastructure is in place for activists to use the economic fallout from the harassment-related turmoil as fuel to press for larger diversity goals. Harassment becomes a huge investor concern when it leads to situations like NBC News’ hasty firing of star anchor Lauer from one of TV’s most profitable institutions.

“The patriarchy works through these big, publicly listed companies that we trust to employ millions of people. We need a commitment to sunlight when these [harassment] situations come to light,” says Pat Miguel Tomaino, associate director of socially responsible investing for Boston-based Zevin Asset Management. “The [corporate] impulse is to handle these things internally without public accountability. Comcast could have dealt with [the Lauer situation] years ago without threatening the health of a $500 million franchise.”

The Florida-based 30 Percent Coalition has been pressing public companies to commit to appointing women to 30% of their board of directors seats within the next decade. The Detroit-based Human Capital Management Coalition has petitioned the Securities and Exchange Commission to force broader disclosure of workforce demographics, employee policies and performance statistics. The coalition, led by the UAW Retiree Medical Benefits Trust, encompasses 25 investor groups that manage more than $2.8 trillion in assets.

Some efforts to battle sexual harassment that may have seemed quixotic just a few months ago are gaining steam under the undeniable weight of the anecdotal horror stories of women facing sexual assault behind closed doors. For all the headlines about high-profile personalities in Hollywood, media and politics, experts say sexual harassment also remains rampant in other industries such as retail and hospitality, where low-wage female workers are particularly vulnerable. If there’s ever a moment to capitalize on outrage to fuel social change, it’s now. Social media, of course, is an invaluable megaphone for galvanizing a movement — as demonstrated by the velocity of the conversation in recent weeks among victims of sexual harassment.

“‘THEY DIDN’T KNOW’ OR ‘THEY WISHED THEY’D KNOWN’ IS A TIRED ARGUMENT. COMPANIES NEED TO MAKE SURE GENDER EQUITY IS BUILT INTO THE GOVERNING DOCUMENTS.”
PAT MIGUEL TOMAINO, ZEVIN ASSET MANAGEMENT

“We’ve reached a massive turning point with the flood of women and men feeling comfortable coming forward with their stories,” says Neil Wertlieb, an adjunct professor at UCLA School of Law, and whose Wertlieb Law Corp. specializes in corporate governance issues.

“I don’t see this going back to the way it was. This shows management, boards, investors and advertisers that there are some serious problems in corporate America,” Wertlieb says. “People who run businesses have to be ultra-sensitive to their fiduciary duty to maintain the integrity of their businesses, otherwise it can subject them to liability if the board or senior management was aware of these things but took no action.”

UC Irvine’s Talesh argues that the accountability trail should run well beyond the C-suite. “We need to make midlevel managers of employers accountable for what happens in their departments,” he says.

The Boston-based Interfaith Center on Corporate Responsibility, a coalition of progressive-minded investors, views diversity concerns and harassment as prime topics to be raised through shareholder resolutions during the spring proxy season.

“As shareholders, we think it’s particularly critical that companies send a strong message through clear, unambiguous corporate policies that sexual harassment will not be tolerated in the workplace,” says Interfaith Center CEO Josh Zinner.

Veteran activists liken the turmoil around sexual harassment to the environment that drove past shareholder activism efforts such as the anti-apartheid push to divest holdings in South Africa in the 1980s. More recently, pressure from investors and consumers via social media spurred numerous Fortune 500 companies to back out of business ventures in North Carolina after the state passed a controversial law limiting the rights of transgender people to use public bathrooms.

At the state legislative level, activists are targeting efforts to toughen Delaware’s laws on workplace harassment because so many public companies are incorporated in that business-friendly state.

Charles Elson, director of the University of Delaware’s Weinberg Center for Corporate Governance, cautions that any such moves need to find a way to “delicately balance the rights of the accuser and the accused.”

But he concurs that more disclosure of workplace complaints and HR concerns at the board level is crucial. “HR needs to have an ongoing reporting obligation to the board,” he says. “If it isn’t, it ought to be.”

Zevin’s Tomaino says more disclosure coupled with greater diversity and heightened liability for management is the key to combating the ease with which senior leaders can disavow knowledge of troubling behavior. Plausible deniability should no longer be an option, he argues. “‘They didn’t know’ or ‘They wished they’d known’ is a tired argument,” he says. “Companies need to make sure gender equity is built into the governing documents of the bylaws.”

Amid a cultural reckoning with harassment, it’s important for investors to frame the case for change not as contributing to a social movement but rather as a best practice for a business’s bottom line. There’s ample evidence that companies with greater diversity and more worker-friendly policies perform better over the long run.

“From an investor perspective, the ability to attract the best talent has to be a priority,” says Susan Baker, VP of shareholder advocacy at Boston-based Trillium Asset Management, a member of the Interfaith Center coalition.

“If you have issues of sexual harassment and other types of complaints, that’s going to expose you to reputational risks and loss of potential employees. We need an understanding that the company has the proper incentives in place to tackle these abuses,” Baker says. “If companies don’t have strong leadership, they’re exposing themselves to all kinds of risks. Transparency is critical.”

The connectivity of the social media age also ensures that companies have no choice but to respond to outside pressure. Witness the advertiser boycott that helped drive Bill O’Reilly off the air at Fox News after The New York Times revealed his checkered history of sexual harassment settlements.

“In the last 10 years, companies have become very sensitive about their brands and consumer perceptions of them,” Tomaino says. “They’re more prepared to make a quick change if they decide [a controversy] just isn’t worth it. Investors have to be concerned about any company that will allow people within them to operate with impunity. The health of the organism is always more important than that of any of its limbs.”