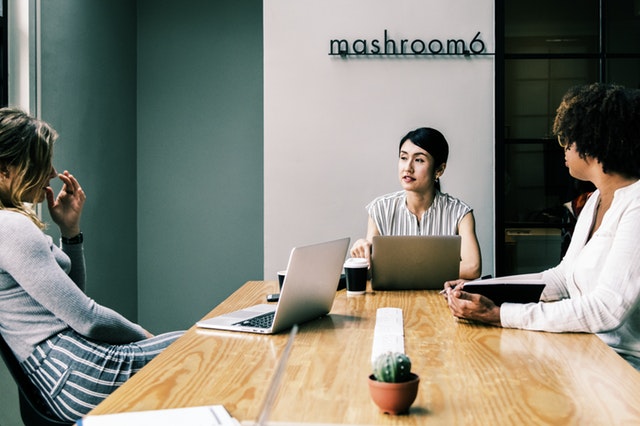 Every HR professional tasked with finding the best talent for their companies is looking for tools to aid them in the charge. Some are turning to AI. Others are employing a change in their benefits strategy that makes the company more attractive to job candidates. Of course, those are just some of the more popular ones.

Then there are those options that are more “pie in the sky” concepts, at least that’s what they seem to be at the moment. Among them: blockchain.

More than likely the word blockchain conjures up thoughts of cryptocurrencies such as BitCoin. While that would be an appropriate thought, blockchain technology represents more to the HR professional than a way to track monetary changes online. It represents a new tool in their recruiting arsenal.

Blockchain in Recruitment
For recruiters, reading and looking through resumes is a long and arduous task. It involves a fair amount of verifying education, certifications, work experience, and applicant skills. Imagine now if those same resumes were in a blockchain.

Once information is entered in to a blockchain, it cannot be edited. Users can only add information, and even then it must be approved by those with access to the chain.

When put in context of recruitment, the path is clear. Once a person creates a blockchain resume, it cannot be altered. This gives recruiters a chance to verify a candidate’s credentials in a secure way. It also reduces the chances those credentials can be altered or faked. Put simply, it impairs the ability of a person to exaggerate or flat out lie on their resumes.

It also allows for real candidate history to be recorded.

“It would force people to rethink not giving notice, starting a job, but then they leave after a few days, all kinds of crazy things we see candidates do but it never ‘hits’ their permanent record,” Tim Sackett said. He’s the President of HRU Technical Resources, a leading IT and Engineering Staffing firm headquartered in Lansing, Michigan. “What if your blockchain profile would show the times you accepted an interview, then no call/no showed it!? Oh boy! I would sign up for that!”

At least two companies are looking at using blockchain in the recruiting space. Recruit Technologies and Ascribe are developing a prototype blockchain resume authentication service for job hunters. It would allow for digital verification of certificates and resumes.

Blockchain Reality Sets In
According to McKinsey & Company, “The potential for blockchain to become a new open-standard protocol for trusted records, identity, and transactions cannot be simply dismissed.”

But there are some concerns. Verifying a person’s education is one thing. Looking at employment history and the details involved there is something completely different.

LinkedIn John Jersin suggests thinking about the average resume for a moment. If the potential employer wanted to see were the last five places a candidate worked, the resume would be quite short. But most recruiters want to see the candidate’s story. What did they do while they were employed in a particular job? What successes did they have? There is so much to convey. While that information can be shared in a blockchain, it is very hard to change.

Additionally, how many employers want employees sharing information about a position that may be considered “proprietary” if you will? It could conceivably lead to the company’s top talent being poached by competitors. And even if that information is made public, how would it be verified? It would be difficult to prove whether or not the information being provided is accurate or truthful.

There are also legality concerns.

That’s not the only legal blow to the technology. Just like GDPR, the United States has its own rules outlined in the Fair Credit Report Act. It specifically details the rights a person has when being considered for employment. Again, if a person is unable to alter the information in the chain, they could be very easily misrepresented and that could broach legality concerns.

In summation
Don’t expect blockchain to a big player in the recruiting field anytime soon. The technology is still limited by a lack of regulation. It also lacks sufficient standardization. Until that happens, it’s going to be very difficult to apply the technology to recruitment. Again, it just needs some refinement.

With all of that said, blockchain does have its uses from an HR perspective.

HR deals heavily in personnel and financial data. As such, this makes HR departments a prime target for hackers and other cyber criminals. Because of blockchain’s attributes, it severely cripples cyber criminals’ abilities to hack and cause mayhem with this type of personal data.