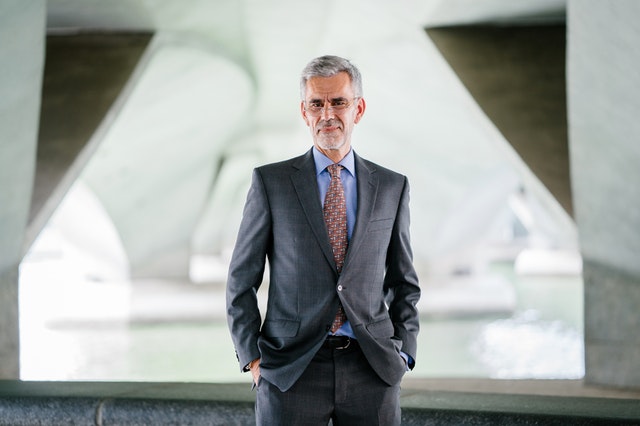 Looking Out For Number One

You must be well aware of how important a brand is and how it pays off to firmly stand for something if you’re working in a professional environment today. Maybe you’ve advocated that the organization you are part of constructs a stronger brand, or maybe you have admired some yourself. You know how emotionally connected you are to a particular type of product or service and how invested in anything from a football team to a favorite author. They each are brands, but do you have one of your own? If not, perhaps it’s one of the resolutions you’ve made not long ago to create one.

Chances are, if you are reading this, you are already much stronger on brand capital than you think. Those around you already hold strong opinions on who you are as an individual, as an employee, and as a leader. How they think of you in the back of their minds is who you are as a brand in a professional capacity.

This article isn’t about becoming an overnight YouTube sensation or an Instagrammer with legions of fans and a soft drinks endorsement deal, but if you recognize the value of the brand for the company, then why not build one for yourself?

It’s no secret that traditional industries are under threat of being displaced by new entrants who are digital and nimble but one of the antidotes can be tapping into and empowering latent human capital, making their leaders step up a notch.

Old school leadership development practices are simply not going to cut it for this task and the usual management retreat where you do a fall-back trust exercise and a “compassionate assertiveness” workshop (yes, that is sadly a real thing), are not what would reignite the heart of each organization’s Superheroes and get them vocal about a point of view.

Here are some of the pieces of practical advice we were giving the future influencers in our workshops:

Start by stalking! Find where the conversation “lives” online and observe. Spend as long as you need to understand where there is the most engagement – i.e. for some industries the chat is on Twitter, others have active LinkedIn Groups, some even galvanize around comments on articles in popular magazines. See where there is most dialogue and make it a point to formulate opinions about the dynamic and where your ideas will fit in most, help others the most, or create the most controversy -if you have the stomach for the latter- then make that community your home.
Read. Read. Read. Needless to say, keeping informed and abreast of any news in your respective field is a hygiene factor for any consummate professional but once you’re online, your reading list can no longer stop at passively reviewing the news. While keeping an eye on the online interaction with religious regularity will naturally move from an intentional act to checking the respective social media channel multiple times a day involuntarily, reading the content the leaders of those communities put out has to remain a conscious task. I.e. just like you will be publishing your writing, or your podcast at regular intervals so do the spearheads of the respective channels and at the very least, you should read/listen/see from them all every day.

Brace yourself and engage! Once you’ve listened enough, formed and started presenting a point of view, don’t do so in a vacuum, throw your hat in the ring and get involved in the conversation. Try and do so with as much humanity as you can. While using your dog’s cute mug as an avatar may be a step too far, always try and inject pieces of authentic content about you as an individual. Leave out the lengthy professional pedigrees and list of achievements, that’s what a LinkedIn profile is for. Avoid wooden language and business jargon even when defending a professional opinion you have expressed in your content. Lastly – as you start out, expect resistance – most places are not welcoming of the new, seemingly brash and opinionated kid on the block, and most communities have newbie fatigue having witnessed multiple people barge in, without having paid their dues, and with no intention of putting in the work. Be respectful of those who came in first and show them why you’re worth getting to know.
Don’t just amplify, create value! In other words – create content – have an opinion and be passionate enough to articulate it and disseminate it by whatever medium comes naturally to you – writing, video, audio. While retweeting or sharing others’ content in itself is de facto expressing an opinion as well, doing so without as much as adding a few words is lazy, presumptuous, utterly annoying and ultimately not sustainable as your followers will eventually sanction this blatant lack of value creation.
Roll out the grit – expect that you will need to put out content regularly and that it will take a chunk of your time. Decide on a frequency, roll your sleeves and commit to it. Whether it’s daily, weekly or monthly, as soon as you acquire some eyes on you, be they followers or subscribers, it’s rude and wasteful to keep them waiting. Contrary to what your modesty may tell you, it’s not presumptuous to believe your content is of interest, and while they may not be awaiting it with bated breath, those who read you deserve to know you will do it regularly. Iron-clad discipline is likely the hardest part of building a personal brand but without commitment and determination, this can’t be done.

Forget the excuses – “I just don’t have the time for it” is a preposterous non-grown-up excuse for middle managers not a real impediment for leaders. Enough said.
This *is* your day job. Treat it like a job – because it is your day job! Your other one, the one that pays the bills is transient, employment opportunities come and go, the relationship with yourself stays. With that said, understanding that having and expressing ideas, no matter how worthy they are, is unlikely to pay the bills in lieu of your chosen profession is key to being shielded from disappointment. Just because you’ve hit 1000 followers doesn’t mean you should hand in your resignation on Monday in favor of embarking on a lucrative public speaking career!
Big it up on the inside. Even if you have had to build quietly on the down-low perhaps to avoid a draconic policy or simply not to rock the boat of envious colleagues, find the right time when you can articulate the value of what you have built to the organization and then let the self-promotion begin. If they don’t seem to immediately get it, show them any of the plentiful examples of instances where companies never have the reach that their employees engaged in the industry conversation do, chances are by this stage you yourself have more followers than them so much as it may make their marketing department cringe, you are better/more powerful/influential than the company in the online conversation but make sure to emphasise how that only helps them out. It’s not selfish to put your own mask on before that of children – any airplane briefing tells you that.
Learn to evaluate your own rewards. Even if you managed step 8, you really shouldn’t expect overt gratitude from the organization and certainly not expect the promotion or the corner office and your brand’s rewards will have to be independent of the reaction of a certain momentary employer to last. Influence comes in many forms. At times it’s evidently overt but most times it’s an imprint left on an individual or a group of people that leads to a new idea or a new process and as such, the origin of it can be invisible to the naked eye so you won’t receive a lot in the way of feedback leave alone gratitude. It’s important to find a way to quantify the effect of your efforts outside of clear monetary rewards. For some people it’s followers, likes or views of their content, for others it is signs of their notoriety, for a small subset it’s seeing deep effects of their big ideas in the market. Whatever your mark, notice and cherish it, it will power everything else you do.
Enjoy it. It takes courage to put yourself out there and it can be uncomfortable but the good news is that courage is a trainable “muscle” and that once you flex it, the results are satisfying and fulfilling as you start to see the effects so as long as you don’t skip training sessions, you will be loving the reflection in the mirror. What’s not to love? An opinionated, brave, new you that the world is hearing.
Is it worth it?

As mentioned above, finding your own rewards that most resonate with your set of values, is part of building a personal brand, but unless you have a goal of firmly leaving your existent career in favour of public speaking, authoring, etc then visibility can be dangerous at first. Those who become vocal thought leaders could even become unemployable for a while. Damning as this sounds, showing courage and having a clear, vocal point of view can be threatening to weak management everywhere and there are plenty of examples of influencers who have been either unemployed or under-utilised for a long time but thankfully, that proves to be temporary and a stepping stone to better positions and higher achievements.

Professionals who build strong personal brands are at a stage in their career and life where they can’t afford the income loss so there will be a degree of caution when building the above, depending on one’s circumstances but there’s no reason to fear becoming the equivalent of a starving artist forever as there’s a bevy of other professional skills that underpins this augmented, vocal and opinionated new self. A new self that becomes increasingly valuable and machines-take-over-future-proof with every piece of effort or idea. In other words – if you’re in it for the short term glory, there will be disappointingly little of that, but there is an immense sustainable gain in the investment in growth and personal brand to justify the effort.

Becoming an influencer shouldn’t be a goal in and of itself, in particular with how true influence is near accidental as it comes from upholding and communicating big ideas the author believes in with all their heart and that requires authentic passion which can not be faked for the sake of a better professional standing. Figuring out what you truly stand for, where the heart is and expressing it to the world with vigor and gusto should be the real goal because only once you’ve become a voice, can you be a true leader.

“There is a tremendous gap between the speed and possibility of technology and the new ways of work, and the way organizations are structured today.”