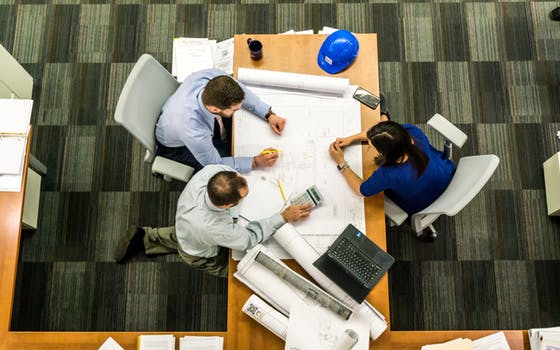 Congratulations! You sailed through the interview process with flying colors and landed the job offer Opens a New Window. you were hoping for. But don’t be too quick to celebrate just yet — there’s still a little matter of salary to settle before accepting that role. Just be sure to avoid the following negotiation mistakes, or you could come to lose out big time

1. Being too scared to counter
Many job seekers are afraid to ask for more money when offered a position, and so they say yes to whatever number their prospective employer presents. That could be a costly mistake, though. Often, companies will throw out a number that’s less than what they’re willing to pay so that they have wiggle room to come up in case you counter. If you don’t counter, you’ll end up shortchanged.

Even if the company you’re dealing with isn’t playing games, but rather thinks it’s presenting a solid offer, if you feel you deserve more, it doesn’t hurt to say so. That employer might come up ever so slightly if it really wants you to accept, and even if you don’t land on the exact number you were hoping for, you might eke a little extra money out of the deal.

2. Not knowing your worth beforehand

Negotiating salary shouldn’t be a matter of throwing out arbitrary numbers; it should be about figuring out how much money your position generally commands, and making sure the final number is fair. To this end, failing to do your research could really cost you, because if you don’t approach that conversation with a valid set of data, you’ll have less of a leg to stand on.

So dig up statistics on the average salary for your role in your area (keeping in mind that earnings can vary from one geographic region to another), and see how your offer stacks up. Then, argue for a higher number if you can prove that the company in question is lowballing you. Job site Glassdoor has a handy “Know Your Worth” tool Opens a New Window. that can help you compile this information, so put in the legwork before you start talking numbers.

3. Asking for a ridiculously high number
On the one hand, it’s natural to aim high when negotiating salary so that there’s room to get down to the number you want. But don’t be outrageous, either. If the typical person in your position earns between $75,000 and $80,000 a year, and you demand $100,000, the company you’re talking with might stop the negotiation right then and there. Remember, even if you bring certain key skills to the table, there’s generally only so much a given role can command within its industry — so be realistic in your request, because otherwise, you might risk losing that offer completely.

4. Forgetting about benefits
Though your salary is no doubt an important number to get right, it’s also just one of many components that comprise your total compensation package. When negotiating salary, don’t forget that there’s a value to the employee benefits Opens a New Window. you’ll be receiving as well.

For example, maybe you were hoping for $80,000, and your prospective employer refuses to budge above $75,000. But if that company will completely subsidize your health insurance so you’re not paying a dime, and your current spend is $500 a month, you’ll do well financially by taking that offer. Similarly, if the company you’re dealing with offers a strong 401(k) match Opens a New Window. , that’s more free money coming your way — perhaps enough so to make up for the few extra thousand in salary you were hoping for.

Of course, this isn’t to say that you should accept a truly abysmal salary just because the benefits are good. Rather, take the whole picture into consideration when negotiating, and understand the value those benefits represent. You can also try asking for more benefits if the company won’t come up salary-wise. For example, instead of an extra $1,000 base, you might snag a couple more vacation days per year out of the deal.

The more strategic you are in your salary negotiations, the greater your chances of success. Follow these tips, and with any luck, you’ll land on a number that makes you happy.

The $16,122 Social Security bonus most retirees completely overlook If you’re like most Americans, you’re a few years (or more) behind on your retirement savings. But a handful of little-known “Social Security secrets” could help ensure a boost in your retirement income. For example: one easy trick could pay you as much as $16,122 more… each year! Once you learn how to maximize your Social Security benefits, we think you could retire confidently with the peace of mind we’re all after. Simply click here to discover how to learn more about these strategies Opens a New Window. .