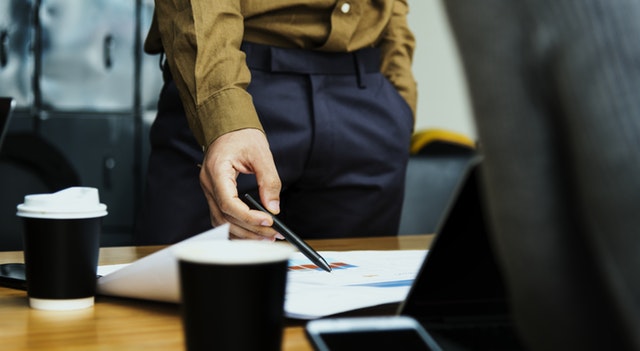 It’s not always easy being in charge.

Overseeing others comes with a ton of pressure. And when you’re in a management position, it can be difficult to evaluate how you’re doing.

Are you striking the right balance between commanding respect and appearing accessible? Are your employees responding well to your style of leadership? Are any of your actions breeding resentment in the office?

Being a good boss is crucial for your organization — a third of employees in one survey revealed that they’d quit a job because of a bad manager, as Business Insider previously reported.

But you can’t exactly go wandering around the office begging people to tell you how you’re doing. You’re better off organizing employee satisfaction surveys and soliciting feedback from your direct reports.

You can also take a look at these other, more subtle signs that you’re killing it as a boss:

You don’t have obvious favorites

Playing favorites is a great way to torpedo office morale. If you make it clear that a certain person is the apple of your eye no matter what, then that’ll just encourage your other employees to give up on trying to impress you.
You treat your employees like human beings
Unfortunately, some bosses seem to feel that hurling insults and abuse at people is an effective motivational technique. In most cases, this simply isn’t true. If you value your employees as human beings, then you’re already a huge step above many managers.

You’re willing to try new things
Good bosses adopt certain methods because they’re the best way of doing things — not because they’ve just fallen into certain habits. The best managers give their employees a little room to experiment and innovate.

In fact, according to a study conducted by leadership development consultancy Zenger/Folkman, young people tend to make better managers partly because they’re open to change.

You hold everyone accountable …
Maintaining accountability is a big part of office morale, and it encourages workers to act with integrity, leading to an excellent workplace culture.

… including yourself
Good bosses don’t pick a scapegoat or explain away mistakes. In fact, experienced managers admit it when they fail in order to create a workplace that’s a safe environment for experimentation.

As former US Marine Angie Morgan told Business Insider, the best leaders have a narrow gap between what they say they’ll do and what they actually accomplish. It’s about “making sure you’re the person who can follow through on your commitments,” she said, and setting an example for the rest of your team.

You ask politely
Insecure bosses bark out orders and behave like divas in order to establish their dominance. If you always say the magic word and are generally polite, then that’s definitely a good sign.

You give support
Bosses should build trust with their employees by providing a reasonable amount of support and guidance. Obviously, you don’t need to hold anyone’s hand, but throwing people into the deep end isn’t ideal, either.

You remove obstacles
Bad bosses throw up roadblocks that make it harder for people to succeed and do their jobs. Great managers should actively work to make the lives of their employees easier.

You’re a good coach
Coaches don’t just sit back on the sidelines twiddling their thumbs. But they don’t run onto the field and start playing, either — unless they’re that one scary dad who takes the youth recreational soccer league way too seriously.

Good bosses are like good coaches: They command respect and provide the right blend of praise and constructive criticism to bring out the best in their employees.

You’re able to manage expectations
Bad bosses often disappoint or confuse their teams by presenting inaccurate pictures about how things are at the office — e.g., talking up how well the company’s doing and then springing news of layoffs on everyone. Good managers are honest and open.

You give feedback
Good employees crave feedback to learn how they can improve and grow. Great bosses are happy to oblige.

Recently, experts have noted that the feedback process at many companies is broken because it’s too subjective. As leadership experts Marcus Buckingham and Ashley Goodall write in the Harvard Business Review, it’s better to share your personal reaction to an employee’s behavior than an overall assessment of their performance. For example: “This is how that came across for me,” or “This is what that made me think.”

You keep the environment open and transparent
Transparency makes for a happy office culture.

You ask for insight
Employees want to feel heard.

Obviously, at the end of the day, you’re responsible for making the final judgment. But once in a while, if the situation calls for it, good bosses reach out to their workers to get their insights and opinions.

You explain yourself
Good managers don’t expect anyone to read their minds. They outline a clear vision and provide their team with the knowledge and tools to achieve it.

You care about solutions
When the going gets tough, the weak bosses find someone to blame. Good managers focus on finding a solution to the problem, rather than throwing people under the bus.

You care about challenging your employees
Bored workers are unhappy workers. The best bosses check in with their workers to ensure that they’re being challenged.

You don’t micromanage, but you’re not too hands-off
Carefully examine the capabilities of your workers in order to achieve a good balance. Could you give any of them more responsibilities? Is there anything you can start delegating?

You check in with your employees
You don’t pop in to nag people like Bill Lumbergh in “Office Space.” You genuinely check in to talk to — not at— your employees in order to find out their goals and worries.

You have a sense of humor
It’s important to never take the joking too far in the office. That being said, good bosses take their work seriously — not themselves. It’s good to have a laugh with your employees.

You care about the dreams and goals of your employees
The best bosses are invested in their employees. That means that they’re actively concerned with the professional goals and aspirations of their workers.

You’re not nice just for the sake of being nice
Being too nice of a boss can actually be rather cruel, as Betty Liu points out in a LinkedIn article. Artificially sweet managers heap on undeserved praise, then yank the rug out from under their employees later on.

So don’t play nice because you don’t like conflict. Be authentic and real with your workers. You’ll be doing them a big favor.

You’re a good listener
This is the main reason why introverts make quite good bosses.

Many people have had a manager who loved to talk. Rarer — and infinitely more appreciated — are those bosses who are quality listeners. Good listening skills shows your employees that you’re seriously considering their opinions and needs.

You take an interest in your employees’ lives
Good bosses don’t cross the line into nosiness. Still, they care enough to ask about peoples’ summer plans, kids, and elderly parents. This interest will demonstrate to employees that their boss actually cares about them, making both parties more invested in their working relationship.

You tailor your approach
Different employees have different needs. “One size fits all” just isn’t going to cut it in the workplace. The best bosses are flexible. This allows them to fulfill all sorts of roles in order to better cater to the needs of their workers.

According to Sally Boyle, international head of human capital management at Goldman Sachs, every manager should get to know the people on their team. Specifically, “what makes them tick, what opportunities they might want, what they need to get better at, what feedback they need to have.”

You demand effort, not perfection
Great leaders demand — and inspire — employees to work hard. They lead by example and give workers the tools they need to succeed through hard work.

Bosses who are too rigid are simply unrealistic. People make mistakes. It happens. If you punish small failures, you’ll just stifle innovation, experimentation and proactivity in your office.

You suspect you’re an awful leader sometimes
When Business Insider previously spoke with author Simon Sinek about leadership, he explained that individuals who believe themselves to be excellent leaders are often, in fact, terrible leaders.

Great bosses recognize that authority and rank do not equal leadership abilities. As a result, they are constantly working to improve themselves. These quality bosses might even feel inadequate at times.

However, just the fact that they recognize their own flaws renders them superior to many managers that totally lack self-awareness.