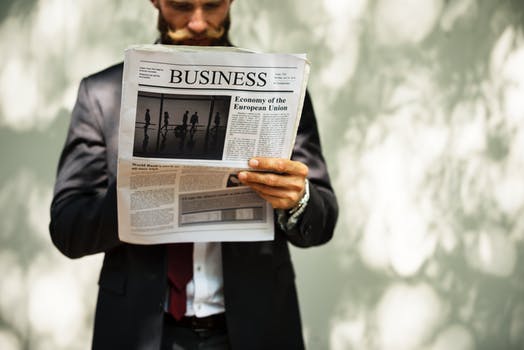 Creativity used to be a term reserved for alternative professions and hobbies. Today, it is being embraced in offices around the world with some of the top companies cultivating it from within.

According to a report by Hongkiat, Google is a strong supporter of creativity in the workplace, creating a “20%” program that gives its developers permission to spend 20% of their work hours on a creative project of their own. This way of thinking has caught on and has made its way into many workplaces, giving companies new ideas and strategies to grow their business.

I’m amazed at how many leaders invest large amounts of money and time to kick off new initiatives but then tell everyone all the limits they have to get it done. Next time, surround the team with what they need and get out of the way. Creativity is organic. – Christopher Williams, High Level Wisdom for New Generation Leaders

2. Let Them Test Their Wings

To learn to fly we have to test our wings, and that can mean being given the chance to test and try things, within reason. Like any parent watching their babies fly for the first time, some guidance must be given to avoid death (and disaster). But the truth is in the workplace, you either let them try to express their creativity or you will kill their drive and desire to contribute. – Laura DeCarlo, Career Directors International

Leaders unknowingly weaken their team’s creativity by focusing too early on implementation. The fastest way to kill the creative process is by requiring your team to produce tactical solutions in tandem with creative ideas. This not only stifles the creative flow but also shifts the work environment into a “produce while editing” mindset, which results in a diminished individual contribution. – Lisa Guice, Lisa Guice Global-Vision, LLC

One of the best tools I’ve found for cultivating creativity is taking brainstorms offline and encouraging team members to come up with three to five creative ideas for a project. This levels the playing field for introverts and extroverts, and having each team member generate a variety of ideas, prevents individuals from lobbying for “their” idea, including leaders themselves. – Billy Williams, Archegos

Many leaders hire homogeneous teams or even hire in their own image. A better strategy for encouraging creativity is to build of team with a variety of different skills and strengths, and to encourage healthy debate among them. Create an environment where failure is OK, and different points of view are encouraged. Ban the expression “that’s not the way we do it here.” – Kathy Bernhard, KFB Leadership Solutions

Don’t say “but.” When someone gives an idea and you immediately say “but” – whether it’s “but we can’t” or “but it’s too expensive” or “but we don’t have money,” you’re simply stopping creativity instead of allowing ideas to develop. Instead, say “and” — you don’t have to agree, you do have to affirm. Try using “yes, and” during ideation and see what happens — open up to failure-free thinking! – Jennifer Oleniczak Brown, The Engaging Educator

While observation and follow-up are critical to certain aspects of leadership, micromanaging has never been. When teams are micromanaged, they become stifled. They lose the desire to create, innovate and move freely within their areas of expertise. Instead of constantly looking over shoulders, leaders should empower their teams to work at high level and be given the autonomy to do so effectively. – Karima Mariama-Arthur, Esq., WordSmithRapport

Leaders weaken their team’s creativity when they don’t promote experimentation and don’t support failure. In order to encourage creativity, leaders can inspire discussion of team aspirations, and let their team work towards those co-created goals. Experiments never fail. Even when an attempt fails, with the right mindset, teams learn priceless lessons to succeed in the future. – Deborah Goldstein, DRIVEN Professionals

Imagine a continuum with control and chaos anchoring the ends. A leader who wants to increase creativity should rate self and use behaviors to describe current rating and ones to move incrementally toward chaos. A system is at its most creative on the “cusp of chaos” because all ideas will be considered. No leader wants to go all the way to the cusp, the goal is to move slightly beyond comfort. – Bill Gardner, Noetic Outcomes Consulting, LLC

Creativity and innovation require a balanced, hands-off approach. However, a proven creativity killer is not providing any direction at all! Effective teams need a target to aim for. In order to obtain productive and innovative solutions, give basic parameters and a goal. Check in with your team to see what they need from you as a leader. Your job is to support them towards success. – Erin Urban, UPPSolutions, LLC

11. Be Specific About The Objective

We often get consumed with the “how” and forget the “why.” There can be 20 ways to get from your home to your office, but because we have always traveled one route or everyone travels that route, we go in the same direction every day. If you provide your team with the endpoint and allow them to craft the route, you are more likely to receive creative solutions. – LaKesha Womack, Womack Consulting Group

Leaders often tell me how they are the ones facilitating their team’s or their organization’s brainstorming discussions. Wrong! That is not their job, and it can easily quash creativity and honesty. Delegate this responsibility or, depending on the situation, hire an outside facilitator. Another tip: Speak last or little at all. Leaders with open mouths seal up the creativity of others. – Leila Bulling Towne, The Bulling Towne Group, LLC

Where leaders fail frequently is not allowing their team members room to fail and grow and develop themselves. In order to develop people and allow them to bring their best, you must stand in the gap of where they are and where they need to be and allow them to discover what it takes. When a leader takes over, does the work for them or tells them exactly what to do, they develop weak employees. – Janet Zaretsky, The Zenith Business

In a recent conversation with experts in the fields of design thinking and creativity, they all agreed on the greatest single issue that weakens creativity. It isn’t how ideas are generated. It is solely on how the idea is treated. John Brownstein, Chief Innovation Officer of Boston Children’s Hospital, said that less than 5% of all ideas shared are actionable. Handle the other 95% gently. – Dean Miles, Bridgepoint Coaching & Strategy Group

Nothing kills creativity like a risk-averse, play-it-safe leader. To spark creativity, be curious and bring a beginner’s mind to problems. Channel your inner life-long learner and ask appreciative questions, like: “What would we do if we knew we couldn’t fail?” “What possibilities are there if we look at the other side?” “How could we disprove this theory or belief of ours?” And then listen! – Lynn Jones, Dr. Lynn K. Jones